For reasons lost on me, Quebec City has a park called the Parc de l’Amérique Latine that is filled with statues and busts of famous South Americans.  The two most prominent statues are Simon O’Higgins and Simon Bolivar riding their horses and acting very General-like.  We were there, drawing statues and I decided to draw Bernardo O’Higgins, considered to be one of the founding fathers of Chili. 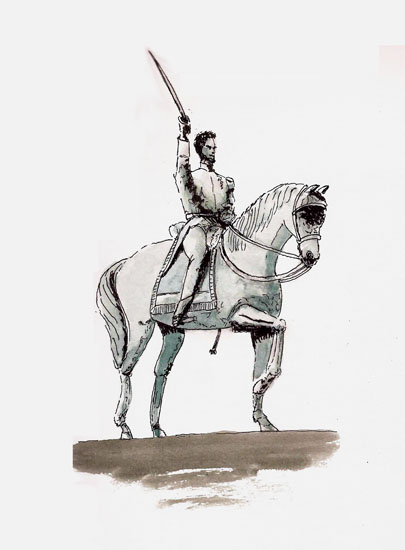 I find complex statues like this to be hard to get ‘right’ and in spite of lots of angle assessments and considerable time with my thumb in the air, there are probably proportional problems with this one, but I did have fun with it.

When I finished I needed a break but I looked across the open area of the park and saw Yvan, his umbrella shielding him from the sun and I had to do this quick sketch (2-3 min) of him sketching the head of some Spanish guy. 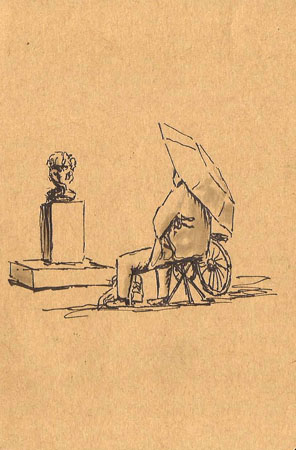