I really don’t understand those who suggest that sketching from photos is easier than sketching on location.  They say that the photo has already flattened the image to two dimensions and thus it’s easier.  I wonder if that’s because those advocates aren’t concerned about that missing third dimension.

If you do want to add depth to your sketch, the lack of information in a photograph is frustrating.  There’s a reason we have two eyes and I always have difficulty drawing from photos.  Unfortunately, if I’m going to draw outdoor things during Quebec winters, I’m forced to draw from photos.  Here’s a sketch I did of an odd-shaped apartment building at the convergence of two streets merging to one. 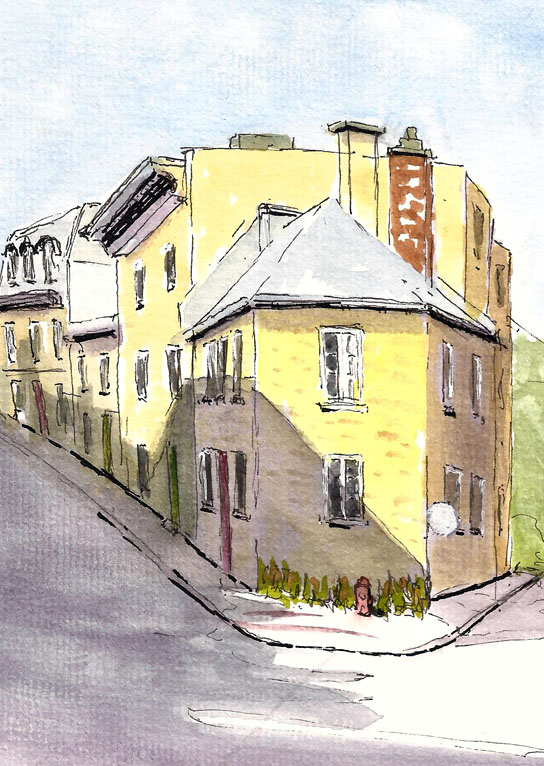 2 Responses to “Sketching From Photos Is Hard”