I bet you think I was calling Irma a perfect storm.  Naw…it was a large storm.  People use the term “perfect storm” to refer to several things coming together to create more than the sum of the parts.

What I’m referring to is a storm like that.  My right knee was frozen up so that going out sketching was out of the question yesterday.  At the same time, Irma, the great liberal hoax, was raising havoc on the people of Florida.  Add to that my wife’s fascination with watching people stand in the rain while saying the same things over and over and over… and you have my personal perfect storm.

While I always like watching journalists make fools of themselves in these storms, I can only handle so much and eventually I got bored.  I decided to quick-sketch the crazies, standing in the wind and rain while talking about how hurricanes work.

So I started doodling.  I was using my new Kaweco Lilliput pen.  I loved the young woman in the red coat.  She was standing in heavy rain and 100 mph winds.  She held one hand up against her face to keep the rain from stripping the skin off her face and her shoulders were scrunched up tight around her neck.  Of all the people (mostly guys) who were doing this gig during the day, she was the more sane of the bunch. 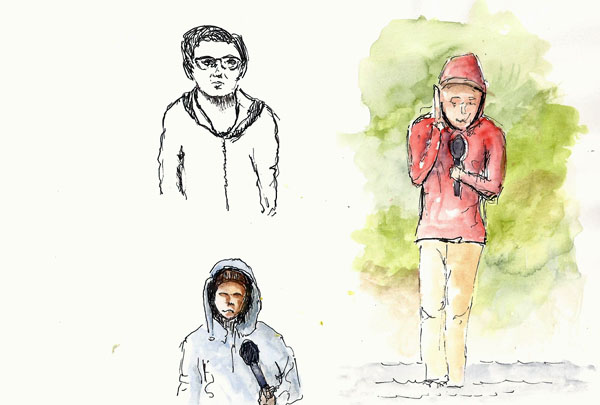 I kept doodling.  The guy in the orange jacket had his arm wrapped around a railing to keep himself from being blown away.  I started being bored by weather people, or maybe I was always bored with weather people, so I drew a couple pine trees. 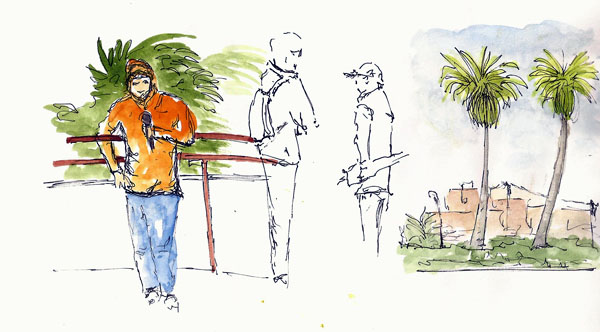 I continued to doodle but lost interest in the hurricane coverage as a subject.  I started drawing steeples and such from memory/imagination.  Here’s a few of them. I really am enjoying this pen for small pen and ink drawings. 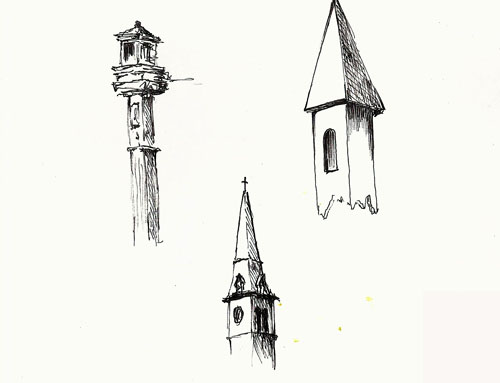 I then turned my attention to a small (about 6″ tall) statue of a sitting Samurai warrior.  I had fun drawing pieces of him.  He was more fun than weather people.  Probably smarter too. 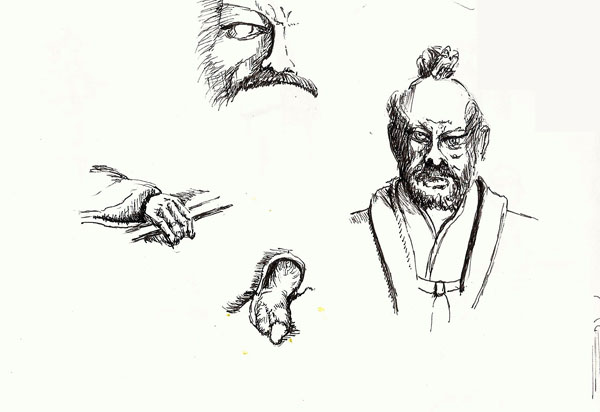