I met Fernande at the Musée de la Civilisation on Saturday morning for a sketching session.  We’re having so much fun with these weekly meetings.   I like sketching by myself.  I love sketching with someone else.  Besides, the tea and sketching talk that follows our sketching is priceless.  The museum exhibit, “Paris on Stage, 1899-1914”, holds a lot of potential for sketchers, if you keep an open mind about your subject matter.  On this day I decided to sketch a “mutoscope.” 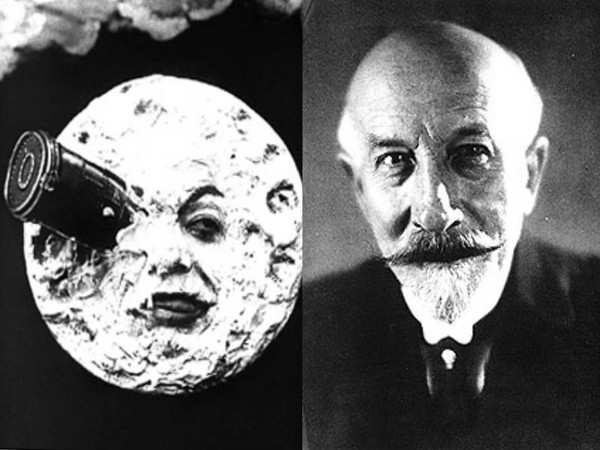 Long before a short film of a train arriving in a station scared the be-geezus out of people who were seeing their first “moving picture” and before George Méliès shot the moon with a large bullet full of people, there was the mutoscope.

Early ‘moving pictures’ were created not by a long piece of multi-framed film but rather by a whole bunch of pictures, shown in rapid sequence to the viewer.  As kids we’ve all played with ‘flip books’ that did the same thing.  A sophisticated version of this approach was the mutoscope, a device that held, by my guess, about a gazillion and one sequenced pictures in a large, round canister.  You deposit a coin, look through a viewer,  turn the crank, and watch the movie.  Of course, to entice people to do just that, these machines were well-decorated, providing a really time-consuming subject for a sketcher like myself.  I tried to simplify it but it still took forever to draw all the scrollwork.  Lots of fun, though.  I did this in a Stillman & Birn Zeta (6×9) sketchbook, with a TWSBI Mini pen filled with Platinum Carbon Black ink. 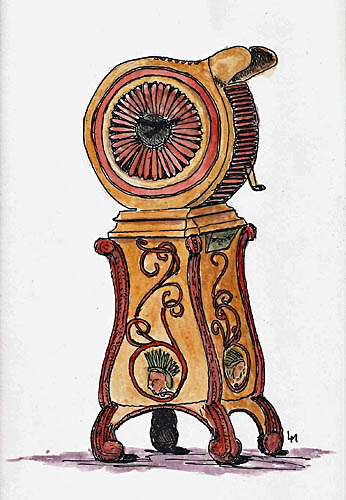 What do you mean you don’t know who George Méliès is?  He almost invented the genre of action films (grin).   Go to Netflix or your favorite video store and rent Hugo, in which George plays a significant role.  And keep your pause button handy as there’s lots of great stuff to sketch in that movie 🙂