When I took Liz Steel’s Foundations course she sat down at one location and showed us how she occasionally draws half a dozen thumbnail sketches of different scenes in the area.  I didn’t give it much thought as it always seemed to me that urban sketching was more about making a choice, drawing it immediately, and moving on, making thumbnails somewhat redundant.

Shari Blaukopf talks about thumbnail value sketches in her new watercolor landscape course on Craftsy.  I think this is a more typical use, with the end result being a watercolor painting using one of the thumbnails as the basis for the painting.  Again I thought it not for me. 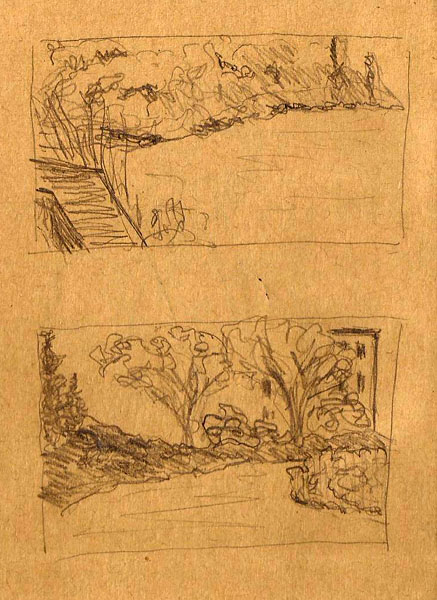 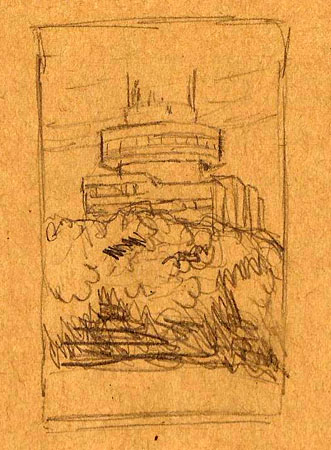 But I’m still entrenched in my mustache notebooks and when I was out walking the other day I decided to do a bunch of thumbnails as I walked around Quebec City.  The notebook is 4×6 but the thumbnails were typically half the page so they were quite tiny.  I used a mechanical pencil to do them.  And you know what?  It’s FUN!!! 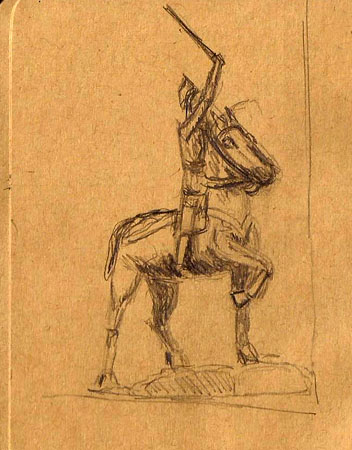 Obviously this isn’t great art; that’s not the goal.  But it’s really fun to spend no more than a minute or two scribbling down some lines that kinda-sorta looks like the scene before you.  Maybe I’m supposed to be having deep thoughts during the process but, frankly, nothing could have been further from my mind.  Or maybe it’s that my mind couldn’t have been further from the process.  I was just scribbling. 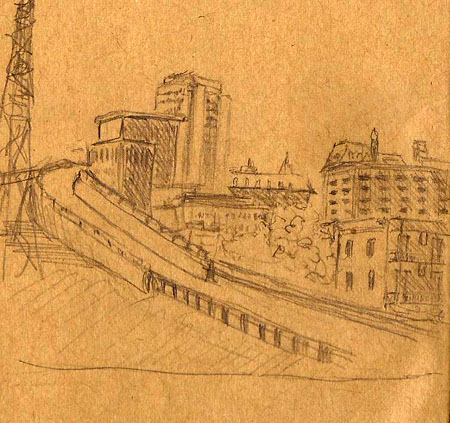 I’ll be doing more of these but I probably won’t be using a pencil.  I’m not an eraser guy so I don’t need to use pencil and I simply prefer ink because it doesn’t smear as my hand moves across the paper.   Thanks to Liz and Shari, even if I didn’t get the msg the first time around.

Oh, and I did do a more formal sketch of one of these.  This one was done in a Stillman & Birn Gamma (10×7) with my Namiki Falcon. 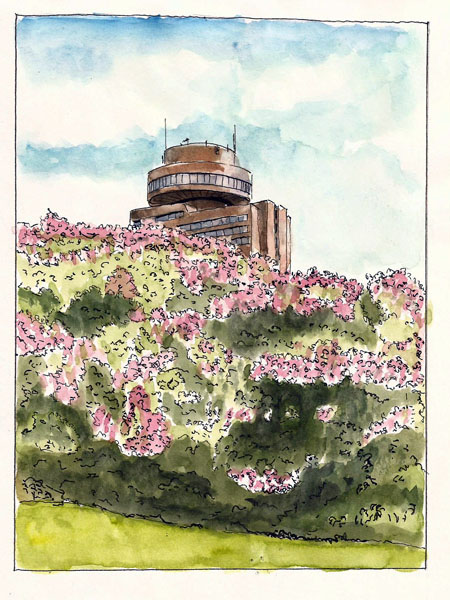 2 Responses to “Quick Thumbnails Are Fun”