In sports there are regular references to athletes who play through the pain.  I feel like I’m trying to do that right now with my sketching.  I’m at a point where I can walk and stand but doing so requires a lot of energy because of my pronounced limp.  Then, when I get on site, I further abuse my knee by sitting on my tripod stool.

At the same time, a star finally appeared over planet Quebec City, or at least that’s what the astronomers call it.  The result has been that we’ve got these things authorities are calling shadows and a lot more light than normal.  It has also gotten warm enough that we can sketch outdoors.

A fairly large group of us were downtown sketching.  I learned later that everyone thought I’d gone home, I suppose, because of the grimace on my face when I walked, but actually I’d limped down to the south side of city hall and drew a street view.

Normally I lose track of time when I sketch but on this day I knew every minute because my knee kept sending out tweets screaming about being harassed and abused.  But eventually I did finish the sketch.  I didn’t notice, until now, that I didn’t draw any of those shadow things I mentioned.  I guess I’ll get used to those in time. 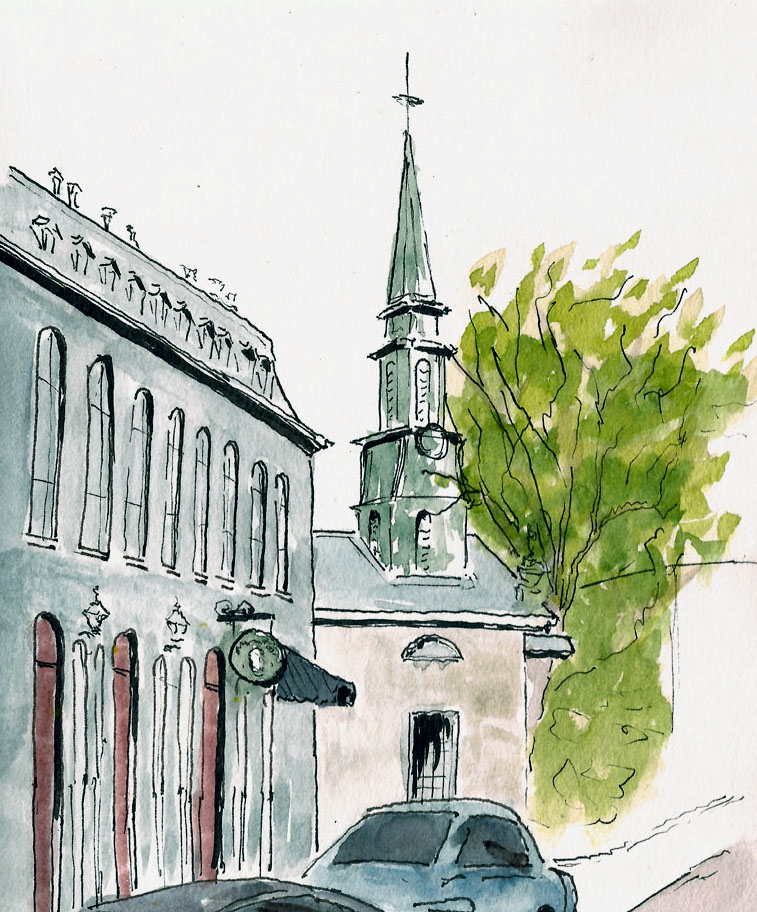 When I finished I limped back to where everyone else was sketching.  They were finishing up sketches and starting to talk about getting coffee.  I sat down and with a couple minutes to fill, I started drawing some of the roof lines.  Then we went to get coffee and reflect on the day.  I think it’s going to be a long summer.  I think I should be on the disabled list but don’t tell coach. 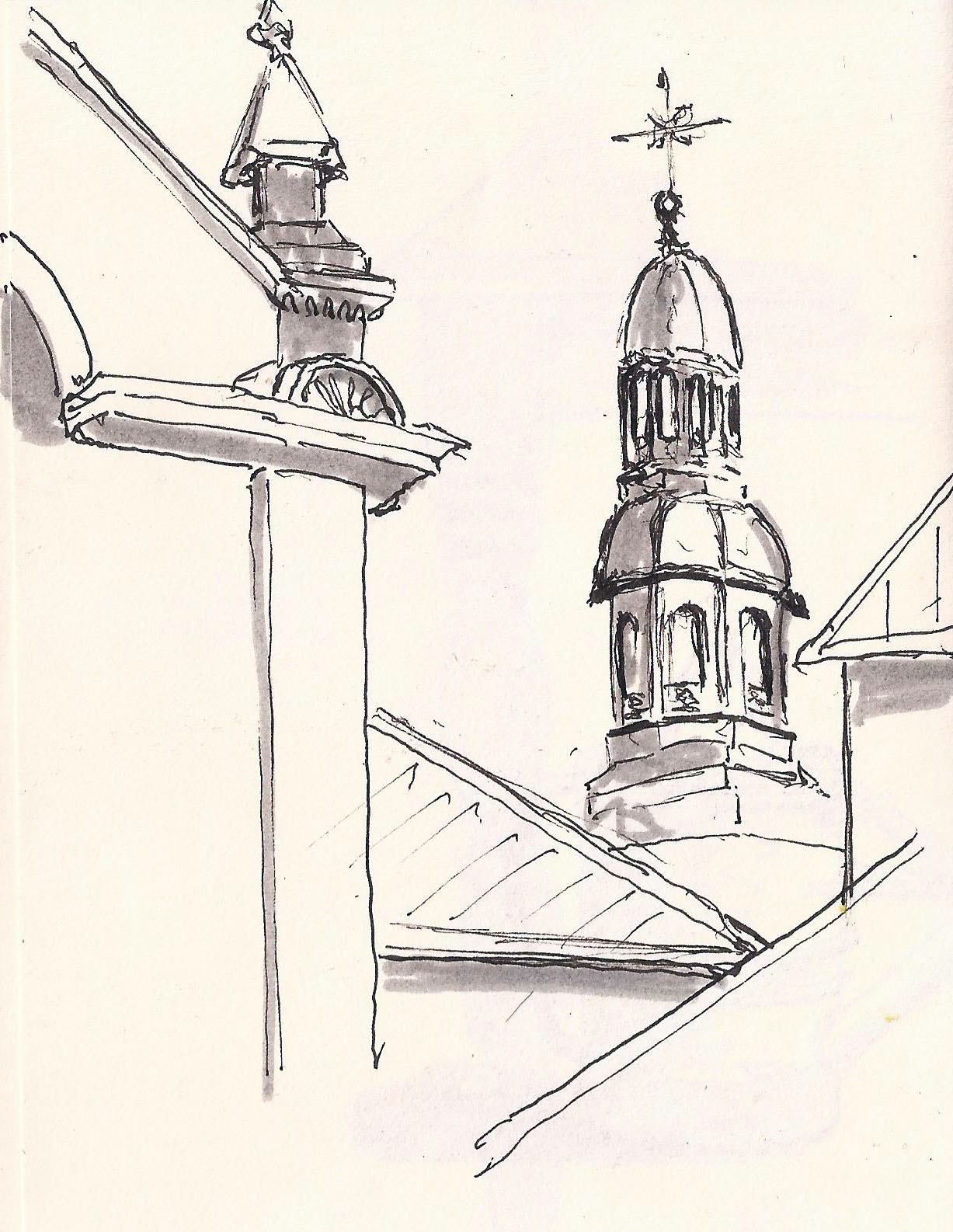 5 Responses to “Playing Through The Pain”