Quebec City has several artificial underground reservoirs and one of is under a part of the Plains of Abraham, a huge park that overlooks the St. Lawrence River.  Originally owned by a farmer named Abraham, it’s now officially called Battlefield Park because of the famous 1759 battle when the British defeated the French.  Everyone who lives here still calls it the Plains of Abraham and the other name is relegated to the tourist brochures.  Recently the entire reservoir was uncovered to replace the top surface.  This is a sketch of that area of the park.

The building holds the support equipment for the reservoir and each of those little strips of foliage hides an air vent.  The grass is beginning to grow back but it’s still pretty sparse and a bright yellow green.  I thought it made an interesting scene.  Besides, I could sit in the shade as I drew. 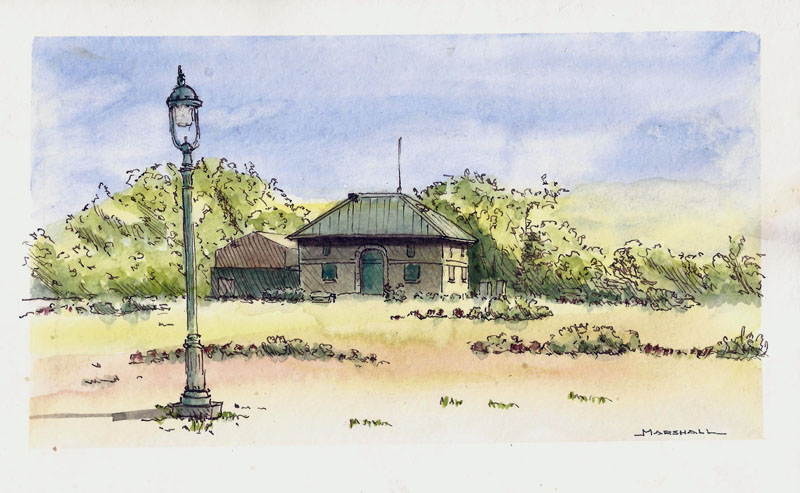 2 Responses to “Plains Of Abraham Reservoir”