This is a just a quick note about the “new” (recently available on Jet Pens) Pilot oil-based drawing pens.  I bought the 01 and 03 versions of this pen as I was intrigued by the ‘oil-based’ approach. 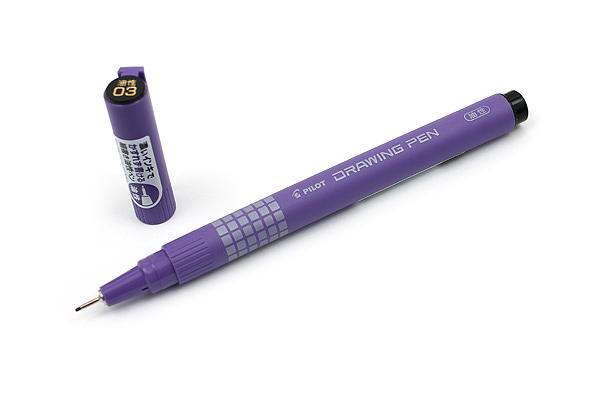 I think it’s fair to say that the de facto standard in the nylon/felt drawing pen world is the Sakura Pigma Micron pen line and I’ll use them as a baseline because so many know these pens.

I must preface my comments with the realisation that most people don’t pay much attention to the actual sizes of tips of these pens and realize that a Micron 05 makes a thicker line than a Micron 03 but the actual thickness is not precisely indicated by those numbers.

So be it, but we also have expectations when it comes to this sort of labelling and expect that a Staedtler 03 won’t be too different from the Micron 03 in width.  That is the reason for this note. 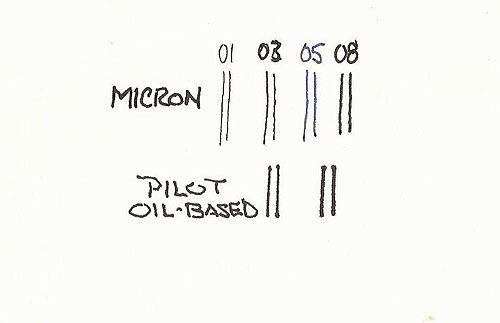 This is displayed larger than life so that the line widths are easy to see.  I’ve left the Pilot pen lines unlabelled so that you can guess what I used to make them.  A hint can be found in my mention of which pens I bought 🙂