Quebec’s Parliament building and grounds are over-grown with statues.  Some are very nice, some not so much.  One thing is certain, Quebec owns a lot of bronze.

I agreed to meet my buddies to sketch a Native American fisherman, one of the really nice statues.  It resides in a fountained grotto right below the main entrance to Parliament.  As it turned out, we met at a bad time and on a bad day to sketch it.

There were workmen dissecting the fountain and doing repairs so we sat next to a hulking truck and had to locate so we wouldn’t be in the way of the work crew. Worse, however, was the sun, which was positioned so that the statue was in dark shade, making it very hard to see.  I’ll probably go back and sketch it again, but very early in the morning when the sun would be shining into the grotto where the statue resides.

Still, we had fun, as we always do.  Here’s my result, such that it is. 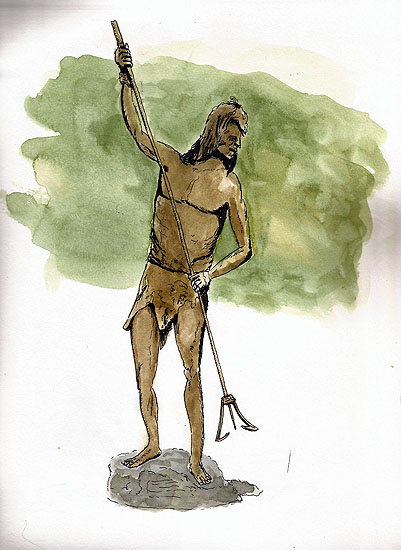