There was a time when Quebec City had a zoo.  It was a good zoo.  It was a place where you could go to not only commune with animals but also to walk the large, wooded grounds and have a picnic.  Then a really dumb, and completely unavoidable political decision, was made and we no longer have a zoo.

What do you do with a huge tract of land that had a bunch of moats, fences, and buildings scattered all around it.  What Quebec did was fence off most of it and turn the front section into a small park to serve the population in the northern portion of the city.  It’s a beautiful park, with waterfalls scattered along the small river that runs through it.  It’s also just a short bus trip from my home.

My daughter and I went there.  She took her Kindle.  I took my sketchbook.  We had a grand day, enjoying one of the first days where we could be outside without coats.  I chose this scene.  The small building used to be one of the administration buildings of the museum. 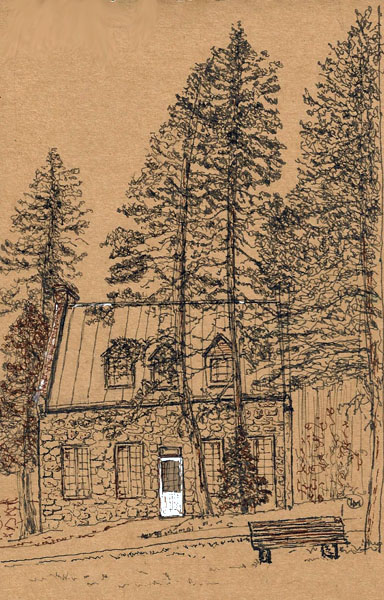 2 Responses to “Once Upon A Time We Had A Zoo”