Apologies to Dire Straits for the title of this post.  When MTV came along, Dire Straits did an animated video to their award-winning song Money For Nothing (and your chicks for free).  The song was great and the video hilarious.  Almost got me to watch MTV.  Now that I’m in Canada, however, I’m not allowed to see it because the song has a couple words in it that caused it to be banned by a hyper-conservative Canadian media police. 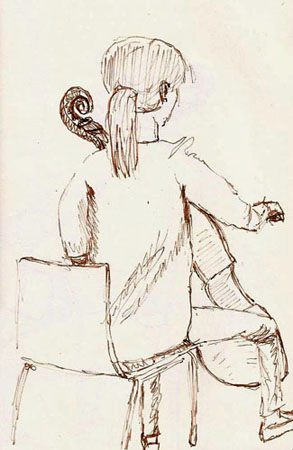 The title of this post pretty well describes my week.  I’ve heard some pretty spectacular music and I did some sketching at each of the events.  I’ve already reported on the special musical sketching event  last weekend and on Thursday I was at the art museum for a recital that included a bassoon/piano piece and several pieces for bass and piano.

On Saturday I attended what may have been the cello equivalent of a sketchcrawl, as a bunch of very skilled cellists met at the conservatory to play together, pass on trade secrets and enjoy one another’s company. 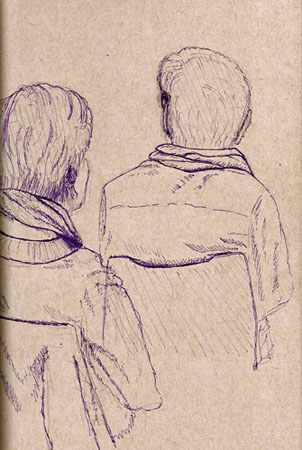 Remember the show Fame, where the dancers and musicians would dance/play in the lunch room?  That’s how it was at the cello-fest.  Imagine eating lunch to cello music.  One person or group would finish and another would take their seats.  It was amazing!  Much better than my sketches, by the way.

And then on Sunday I was at Le Grand Theatre to listen to Litania Projekt, a fantastic Montreal jazz quartet (bass, piano, drums and trumpet). 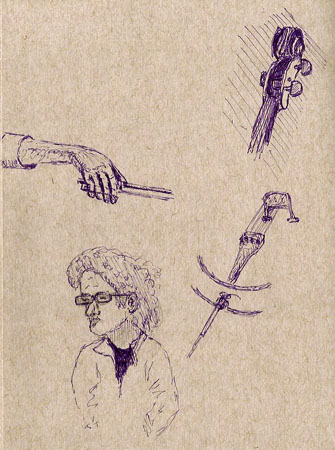 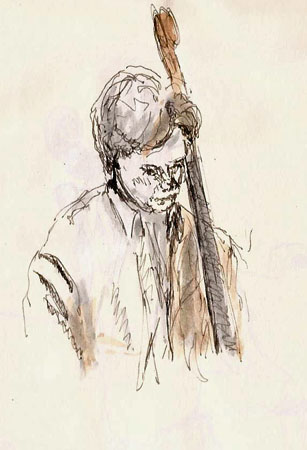 And the best part is that all of these concerts were FREE!!!  I love Quebec.  Lots of sketching was committed while listening.  I’ll only bore you with a few of them. 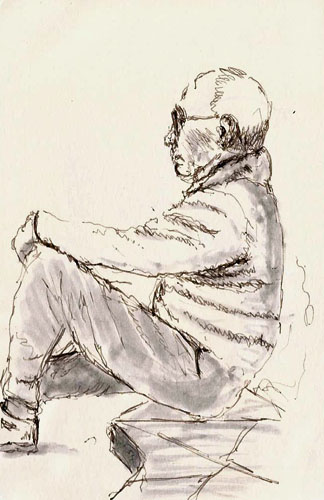 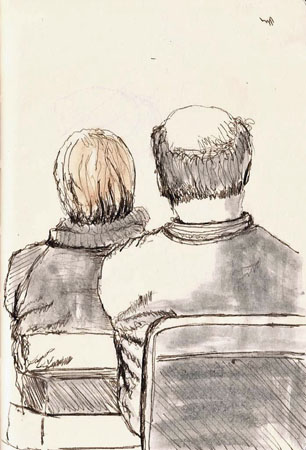 3 Responses to “Music For Nothing And Your Sketching For Free”