Once upon a time I really enjoyed the #100PeopleInAWeek challenge so it just seemed natural to say that I was up for the challenge this year.  To be completely honest, I don’t know what I was thinking as I’m struggling to draw anything right now and am grateful for the occasional day when arthritis takes a break and I can hold a pen.

When April 8th rolled around, we citizens of Quebec were blessed with a raging blizzard.  Such storms raise havoc with my arthritis, but I gave people drawing an effort.  I got a few drawn but I just couldn’t concentrate because my hand hurt so much.  Seems after 10-15 minutes the pain increases.  So I had to stop. 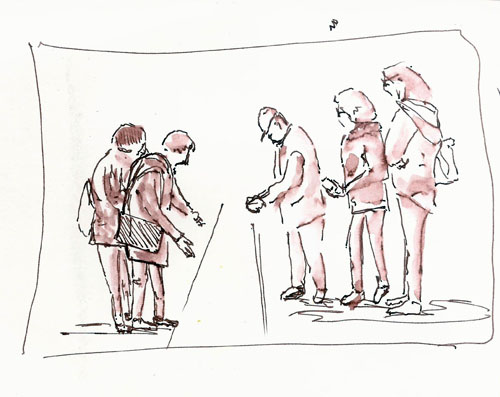 Later that evening I decided to try again, this time drawing people as I watched TV.  Same situation this time; my hand gave me about 15 minutes before it became unbearable 🙁 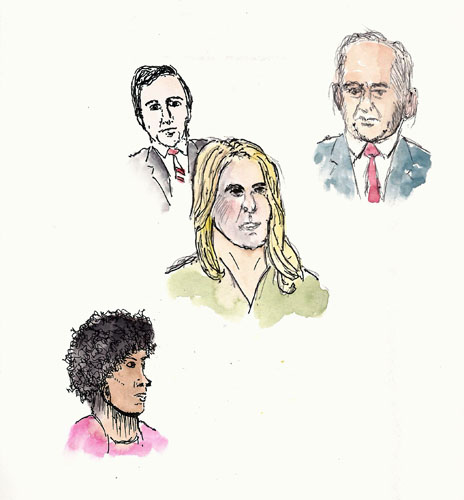 So…after day one I was 11 people behind schedule.  The next morning we were facing blizzard conditions again and the barometric pressures were bouncing up and down.  I was supposed to sketch with friends and so I went to the rendevous, though I was having difficulty walking and my left hand (the important one) was throbbing.  We were drawing windows in the mall and I got halfway through a shaky drawing before I gave up in frustration.  And today…I can hardly hold my pen.  So… on day three I’m 41 people behind.  I’m a slow learner but even I have figured out that attempting this challenge, this year, is a fool’s errand.  Next year.

4 Responses to “It Ain’t Happening This Year”