There are parts of Quebec City that were originally built in the early 20th Century but that have since been modernized, mostly by putting modern facades on the buildings.  The result is really boring.  But if you wander around in said neighborhoods you find the odd house that has been spruced up a bit but that retains its older shape and aesthetic.

Claudette found just such a house and we went to sketch it.  It was a bit cool but sunny but on the upside, we had a great place to sit as we sketched.  It was a small, simple house and didn’t take long to sketch but when I got out my watercolors I managed to dump half a bottle of water in my lap.  Suddenly it got very cool and I looked as though I’d wet my pants.  Life of a sketcher. 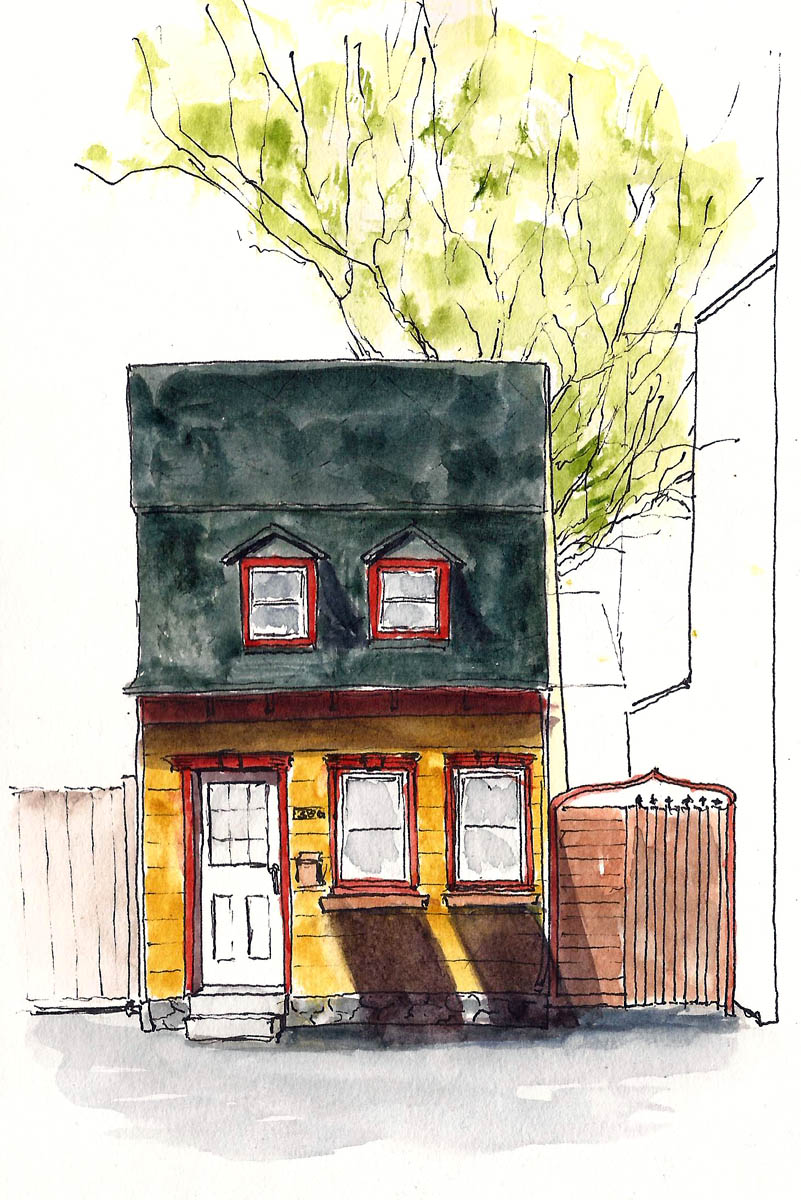