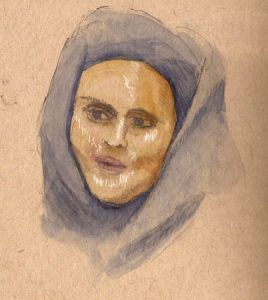 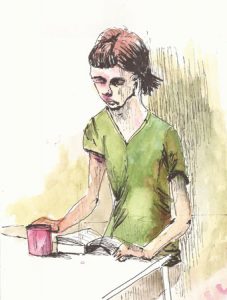 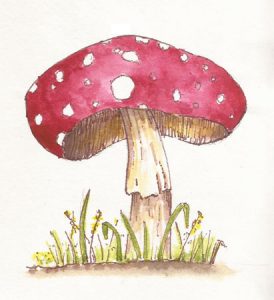 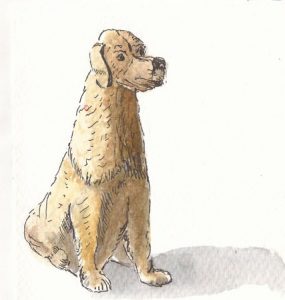 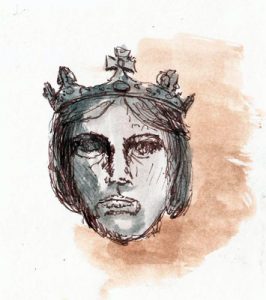 I’ve always been a fan of cupcakes.  They always look so good, with their creamy frosting and nifty little pleated dress.  I also like their size.  Just right for a snack.

I decided to draw one because the word of the week from our sketching group was “patisserie.”  The French have far more imagination when it comes to pastries and I seem to love all of them, but I settled on a cupcake.

I decided that I wanted to use gouache, trying to produce that creamy look of frosting.  As I don’t know how to use gouache that might not have been a great idea but nothing ventured, nothing gained.

I started with an ink drawing, followed by some watercolor washes.  Then I started adding gouache to the light side of the frosting.  I had to add a couple layers of gouache to get a fully-opaque look.  I’m not sure how well this integrates with an ink drawing but here is the result.  I need more practice to figure out gouache but I wasn’t displeased by this result. 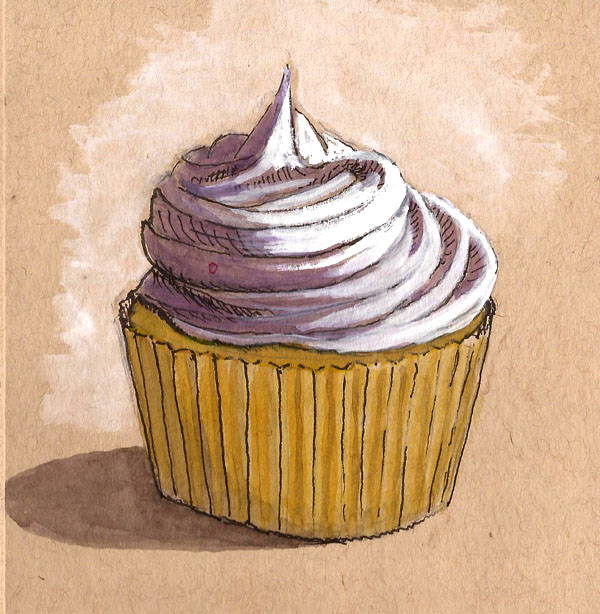 Urban sketching is a popular topic on the internet and in the summer I love to spend my time, on location, drawing pretty much anything.  When winter comes, however, I’m always at a loss because snow and cold prevent those activities.

So, I turn to “domestic sketching,” the act of drawing stuff that’s laying around the house.  For me it doesn’t matter what it is as it’s the process of drawing that’s important to me, not what the product is.  On this day I drew a shoe.  I spent a lot of time blocking in this drawing because I wanted the proportions to be right but the ink drawing went pretty quickly once the locations of all the major parts was determined.  Maybe I’ll draw its brother next. 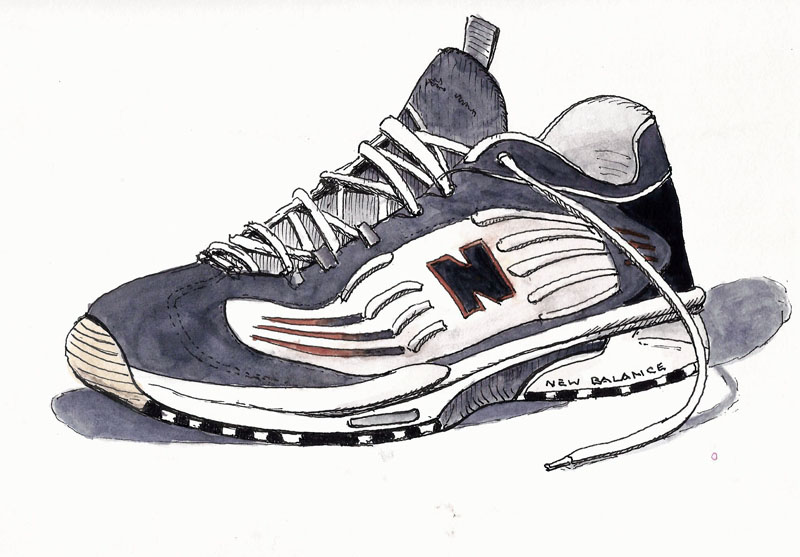 It seems that ‘back in the day’ there was a local TV show call “La Brou.”  As much I can assess, it was a low-budget show about a group of guys who met at a bar and talked.  There was swearing involved 🙂  There’s an exhibit about it at our museum but it’s not very sketch-a-genic.

But, in the museum cafe there are some support materials and it seemed like a great idea to add a cup of tea to a comfortable place to sit and sketch.  It proved to be a very enjoyable sketching session. 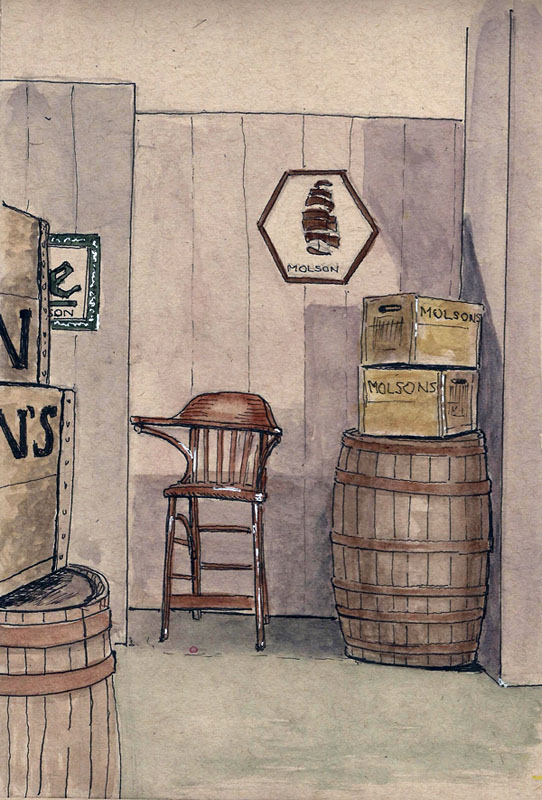 Saturday was the last day of the “Curiosities Exhibition” at our civilisation museum.  It could have been one of the best for sketchers but the decision to put everything in the dark, unfortunately, made it one of the worst.  I’m both happy and sad to see it go because there were so many things worth sketching, but trying to see what you were sketching was such a frustration.

It seemed appropriate for me to do my last sketch there of the Dodo bird, a bird that was made extinct back in the 1600s.  Humans brought rats to their home island and then started turning their jungle-like habitats into pasture land by the logging of ebony.  As we’ve allowed 30% of our bird population to be eliminated from the Earth in the last 50 years, we should reflect on the Dodo and so I do here. 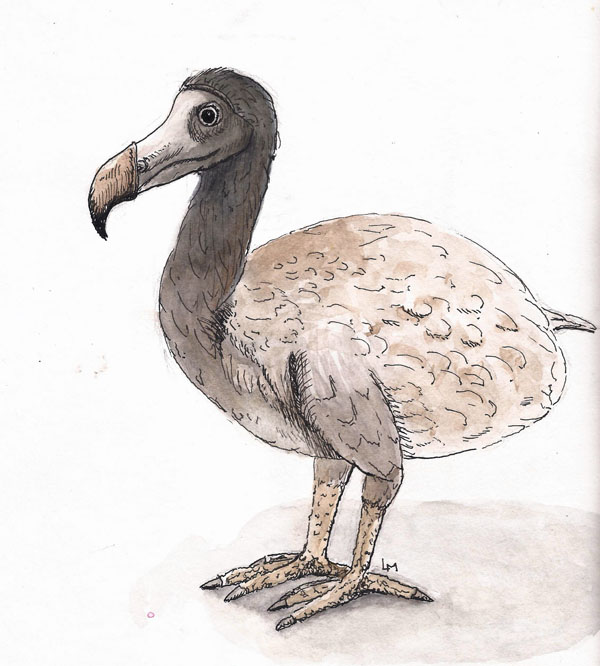