We were at the Cap Rouge Marina last Sunday and it was a wonderful day, though a bit on the warm side.  I relish the heat, partly because I’m from Arizona and partly because I know that all too soon we’ll be back in heavy coats and complaining about winter.

I was in the mood to draw rocks and found a bunch of them on the other side of the mouth of the river that flows into the marina and out into the St. Lawrence. 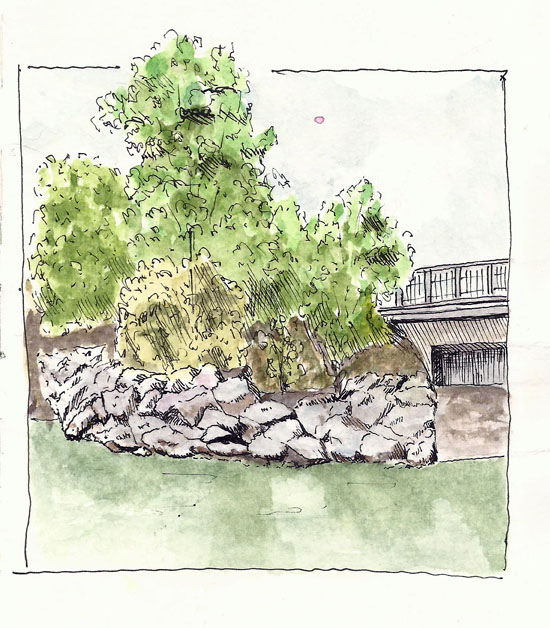 When I finished I walked down to where some other people were sketching and I started sketching a sailboat that was moored on the ‘flats’, which turns into a giant grassland at low tide.  I’d just gotten started when it was announced that it was time to gather for lunch.  I share it in its unfinished state as I never got back to it.  By the time lunch was over the boat was laying on its side in a sea of grass, waiting for the tide to come back in. 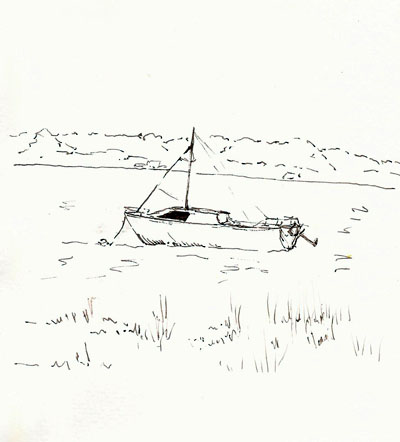 After lunch I walked to the other side of the marina and drew this scene, that is looking across the marina.  By then it was blisteringly hot and I cooked on my tripod stool for the duration of the drawing.  It was an end of a great day and, once again, I owe Denise a big thank you for organizing the event. 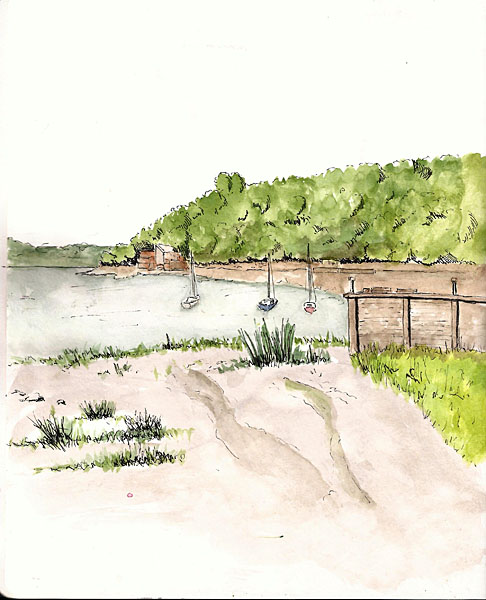