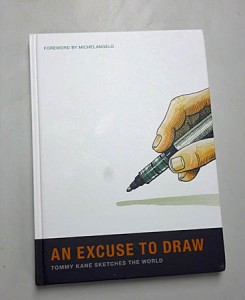 Tommy Kane is a well-known urban sketcher who is not only an excellent pen driver but also a funny guy who happens to be a friend of Danny Gregory, the guy whose books got me into sketching.  I don’t put much stock in the degrees of separation thing but I have to confess that I feel somehow connected to both of these guys even though I’ve never met either of them.

So when An Excuse to Draw by Tommy Kane was released I went to buy it.  To be honest, I saw it as just another in what has become a flood of ‘sketchbooks’ being released by urban sketchers around the world.  I’d love to own them all but I just can’t afford it; there are too many of them.  And when I found the price tag on Tommy’s book was $32 (from the Book Depository), the high price put me off, even if it was Tommy Kane.

Lucky for me, though, I reconsidered.  I succumbed in a moment of weakness and I’m glad I did.  Yes, it’s “just another sketchbook” but once you have it in hand you realize that it’s not your average sketchbook book. 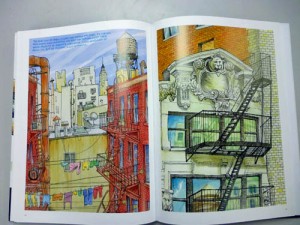 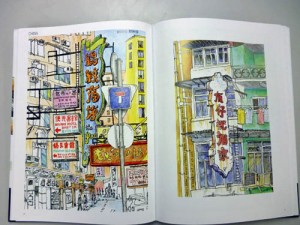 Kane’s publisher took the high road on this 216 page book.  This is a beautifully bound hardcover.  Definitely a book you want in your living room.  The paper stock is heavier than typical and every page is full-color.  Many of the sketches are full-page so it’s possible to see all the detail that is the cornerstone of Tommy Kane sketches.

The sketches themselves, well they speak for themselves.  The book covers eight years of Tommy’s sketching life and represent his traveling ways and the sketches are organized by country.   This is one sketchbook that I know will improve my own sketching.  If sketching is your thing, you’ll love An Excuse to Draw.  The back cover says “to be continued” and I won’t hesitate if Tommy produces another of these gems. 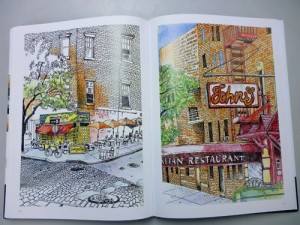 4 Responses to “Book Review: An Excuse To Draw”