I’ve made no secret of the fact that I like to draw fire hydrants.  I’ve sketched bunches of them.  I think I’m drawn to them because they were one of the first things that I noticed when I became a sketcher that I had not noticed at all for 60 years of living around them.

But another reason I fell in love with fire hydrants is because Pete Scully loves fire hydrants and I really like Pete’s sketching style.  I was ready to brand Pete as the best darn fire hydrant sketcher on the planet but then I wondered, is there someone better elsewhere in the universe?  Hmmm…how to know…how to know. 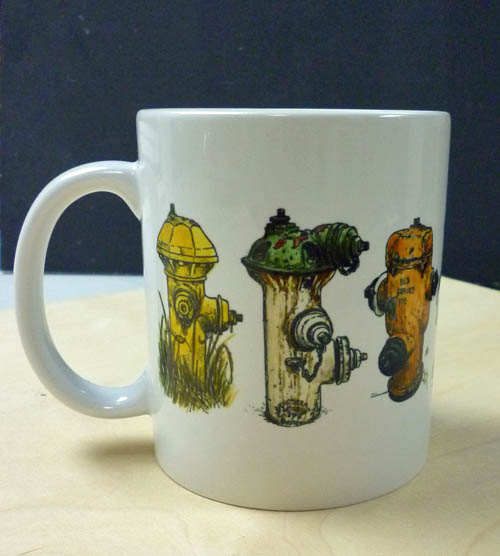 In another lifetime I was a scientist so, says I, “I’ll collect some data,” and I did.

I made phone calls, asking if anyone knew anyone who was better than Pete at fire hydrant sketching.  I called Jean-Luc Picard.  He said he’d never seen anyone better.  I gave Spock a call, asking him if he knew of anyone on Vulcan who was better.

It was really hard to get his number but when I did, Yoda told me that “No one better in the universe than Pete there is.”

Malcolm Reynolds told me that he’d never seen anyone better, at least among the Browncoats.  Zoe said there was a pretty good hydrant sketcher on Persephone but that while on a run to Athens, the Reavers got him.

I even gave Thor a call, figuring that they must have fire hydrant sketchers in Asgard.  He was quite scary-sounding on the phone but said he didn’t know anyone better than Pete.   I tried to contact Darth Vader but kept being redirected to Dick Cheney’s office.  Not sure what that means. 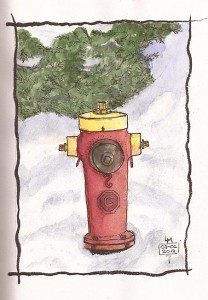 In the end, the data are clear.  Pete Scully is the best darn fire hydrant sketcher in the universe, so I thought I’d share my latest acquisition with you, a genuine Pete Scully fire hydrant mug from Society 6.

In celebration of this announcement, I’ll share a few of my own, Pete Scully-inspired hydrant sketches. 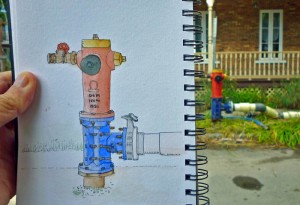 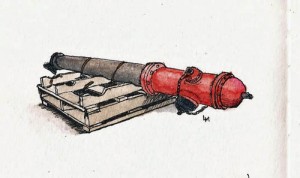 6 Responses to “Best Darn Fire Hydrant Sketcher In The Universe”