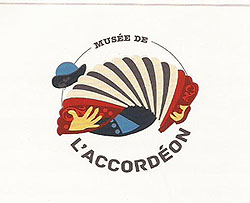 When winter won’t stop, sketchers innovate.  There’s a small accordion museum, the Musee de l’accordéon, about half an hour east of Quebec City and I was there, along with my buddies Claudette and Louise.  It was a very blustery February day – at the end of March.

I know nothing of accordions but their definition revolves around a series of reeds, some way to pump air over them, and a set of keys to control which ones vibrate.  But growing up in the US, “accordion” meant polka music and Myron Floren on the Lawrence Welk show.  I didn’t like it much.  But when I came to Quebec, my eyes were opened by the smaller squeeze box accordions used by traditional Eastern Canadian musicians.  It’s probably not the official vocabulary for such music but it’s a hoot!

Our day was a typical urban sketching session, consisting of a lot of laughter and comaraderie, punctuated by silent periods while we ignored each other and drew the objects that surrounded us.  We drew in the morning but had to relocate to a local food dispensary because the museum closes from 12 to 1.  It was a welcome break and we returned somewhat refreshed and drew for a while longer before heading back to Quebec.  It was a great day. 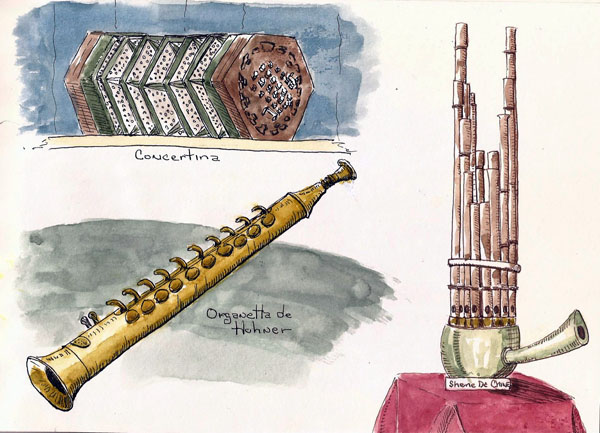