#oneweek100people2018 – When Liz Steel and Marc Taro Holmes announced they were doing the 100 people in five days thing they did last year, I was all in.  It was a lot of fun last year and just the thing to rev the engines a bit, though drawing people is not my favorite thing.  But when Monday, March 5th, rolled around my arthritic hands were locked up tighter than a …err…well, they weren’t functioning very well.  The same was true on Tuesday so I told Marc I would have to pass on the event. 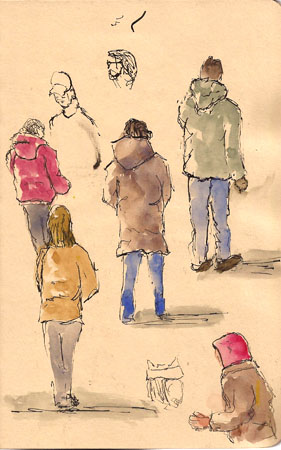 Yesterday, my hands were better, though they seem to have a mind of their own right now, and I headed to the mall to draw people.  I figured that if I was to catch up I would have to go into overdrive, maybe even cheating a bit to get the job done.  So, with a cup of coffee, I sat down in front of a McDonalds in the food court and started quickly sketching people who were waiting for their orders.  Nothing very artistic about the process, I was almost literally scribbling, but one hour later I ended up with 42 kinda-sorta people blobs in my Stillman & Birn Nova (5.5×8.5) sketchbook.  I then headed off to an appointment.

Once I got home, I applied colors somewhat randomly.  If I’d been true to the actual colors most of the coats would have been black.  Quebecers are not known for their bright colors.  I know I’ll not likely make 100 people given I gave all of you a two day head start but I feel good that I’ve put a dent in the goal.  We’ll see what today brings. 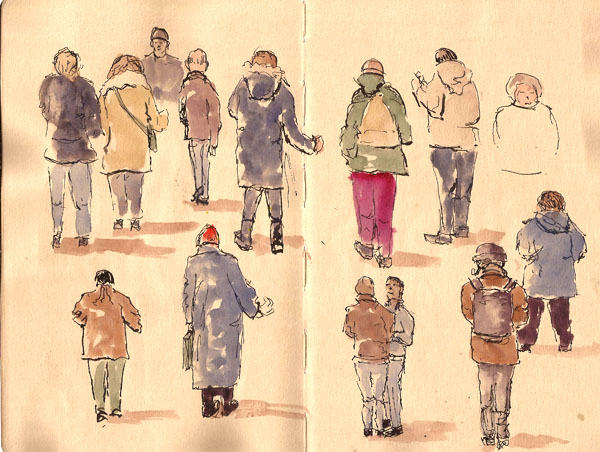 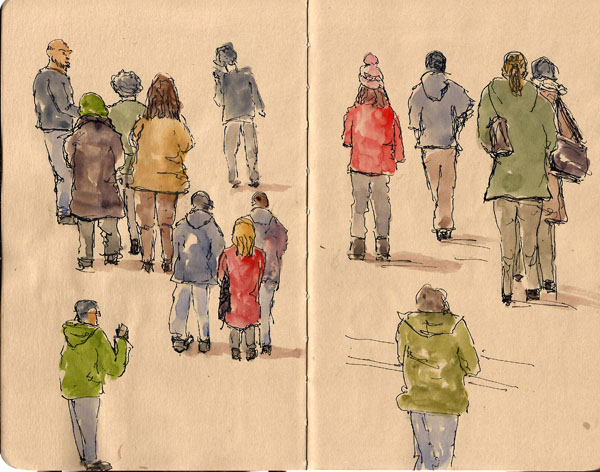 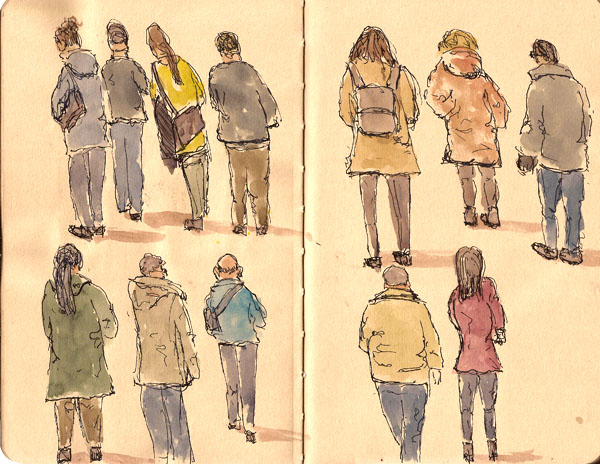